WHAT I LEARNED FROM A YEAR OF FILMS BY WOMEN 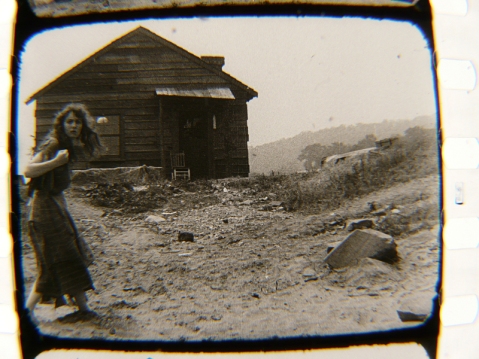 In October of 2015, Women in Film Los Angeles launched a challenge that asked people to watch one film a week by a woman for a year and to share and discuss those films on social media. To date they’ve reached over 11,000 pledges and are still going strong.

What I’ve learned from my year of women-directed films is much the same as what I’m hearing from everyone else–namely, that you really have to dig if you want to consistently discover female filmmakers. Here are my observations from the year:

ANOTHER KIND OF GIRL (Documentary Short) / Directed by Khaldia Jibawi

INTO THE FOREST (Narrative Feature) / Directed by Patricia Rozema

IT HAD TO BE YOU (Narrative Feature) / Directed by Sasha Gordon

A glamorous woman returns to her small town in rural Australia. With her sewing machine and haute couture style, she transforms the women and exacts sweet revenge on those who did her wrong.

Writer/Director Jocelyn Moorhouse was a favorite of mine growing up because she was the force behind How to Make An American Quilt and A Thousand Acres. Then, like so many other women directors, she disappeared from cinema. For 18 years. In her case family obligations took priority when two of her four children were diagnosed with Autism. She devoted all of her time to their therapy and growth.

Now she’s back with a wild fairy-tale western starring the luminous Kate Winslet and a performance by Judy Davis that is one of the funniest I’ve ever seen. The film is sort of all over the place–at times a comedy, at times a revenge thriller, at times a dark drama–but it’s thoroughly entertaining and beautiful to look at. There were moments when I couldn’t stop laughing–that’s how funny and audacious (and Australian) the movie is. I’m so happy to see Moorhouse working again. This film is available on VOD.

Brooke Goldfinch is an Australian writer/director who made this short film exploring the last day before the end of the world. A cult has gathered to “drink the Kool-Aid” so to speak but two young members refuse to believe in or cooperate with the end of days. Goldfinch was fascinated by how people might spend their final moments on earth and her film is a transcendent meditation on faith, love and hope.

Goldfinch is currently writing her first feature, which I eagerly anticipate, and you can WATCH RED ROVER HERE.